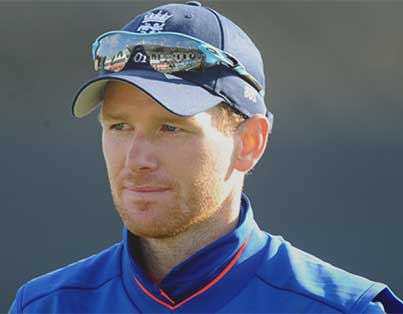 
Eoin Joseph Gerard Morgan (born 10 September 1986; Dublin) is an Irish and England cricketer. He is left-handed batsman and occasional wicketkeeper. He made his international debut for Ireland in ODI against Scotland at Ayr on Aug 5, 2006.

Morgan out of Final ODI After Head Injury

A dream debut for Abrar as England fold for 281 [+]
The spinner was on course for a record debut haul to bowl England out for 281 on the first day of the second Test in Multan.

England set first Test up for excellent finish [+]
Pakistan need 263 to win on the final day with 8 wickets in the hand.

England strike late to take control despite Babar ton [+]
Pakistan lost four wickets in the final session to finish the day 158 behind.

Four make centuries on stunning day for England [+]
England became the first side to score 500 runs on day one after Crawley, Duckett, Pope, Brook score centuries.